Am I in the 8th District?

Here's a map of the 8th district from GovTrack.us (also shown below), or enter your ZIP code here on house.gov . If your ZIP has multiple districts, you can then enter your street address for more precise results.

The following data, per the U.S. Census Bureau, was part of the 2018 American Community Survey (ACS) so please bear in mind that these statistics are 2 years old. 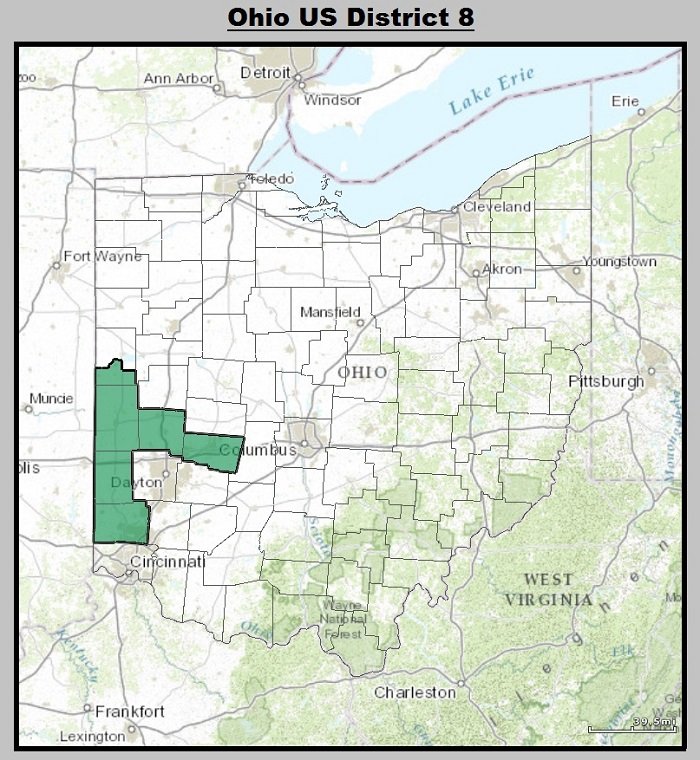 Despite having a slight majority, Ohio's 8th District has never been represented by a woman.  Our voices are not heard, our opinions are not valued, and our bodies are not respected.

Why do these politicians keep insisting they know better than our doctors?  Why do they have this twisted view of women as conscienceless, selfish, deranged baby killers if left to our own accords?

Our current representative says he will "do all [he] can" to make sure that the life-altering, and possibly life-ending, decisions regarding our reproductive health are under his control - not ours, not our doctors'.  He openly states on his U.S. House webpage "I will do all I can in Congress to make the case for life, roll back Roe v. Wade, and stop taxpayer funding of abortions", just before moving on to his anti-gay tirade nonetheless.

Tell Warren Davidson that he's not welcome in our OBGYN's office and vote him out of office.  Vote for Dr. Vanessa Enoch for Congress!

Citizens with a Disability

With NO Health Coverage

My opponent has said time and time again that he wants to cut government spending and reduce the deficit. He wants to cut funding to programs that people desperately need like Medicaid and Medicare, housing assistance, college loan assistance, Social Security disability program, SNAP and WIC.

However, my opponent continues to support tax cuts for the wealthiest 1%! Every opportunity that my opponent has had to speak up against exorbitant, irresponsible, lavish spending by Republican leaders, he has stood by in complicit silence.

A much smaller, yet perfect example of the kind of corruption Mr. Davidson supports - in just half of 2017, USA Today estimated that the Secret Service spent $59,585 at Trump-owned golf courses on golf cart rentals alone.  That's more than the average household in the 8th district makes in an entire year!

But when it comes to hard-working Americans who can't afford health insurance, my opponent says that they should just go get a better job if they don't like it.

I would rather see the wealthiest 1% pay their fair share so we can actually help people in need.  These aren't just citizens and taxpayers, they're our neighbors.  Human beings.  Ohioans deserve someone who will actually represent them and serve in their best interest, with empathy, understanding, and compassion.  Not someone who only works in the best interest of their corporate donors or to stay in the President's good graces.

More on the topic of Healthcare >>

Families Below the Poverty Level

These numbers show the stark reality of the struggles single moms were facing before the pandemic.  It's very likely that many more families have fallen below the poverty line in 2020.

These families deserve a real representative in Congress.  While there has always been a man who went to D.C. as their "Representative", the 8th District has never had someone who has experienced the struggles and represented their best interest.

More on the topic of Inequity >>

Our incumbent representative, Warren Davidson, is a veteran himself; he joined the Army and went to West Point after being station in Germany. He left the Army in 2000, narrowly avoiding seeing combat post-September 11th.

Some have suggested that his lack of combat experience is what has caused his lack of understanding or empathy for veterans, while others speculate it's related to his entitled, silver spoon upbringing and that attending West Point further exaggerated his privileged naivety and detachment from the reality other U.S. veterans' experiences.

Whatever the cause, he is dangerously detached from reality.  He had the audacity to say in a town hall that there's an issue with vets who are "pretenders", "moochers... clogging up the system":

“Just like workers comp out here’s got moochers, I wish that there were no vets that were the same sort of problem on our society. But part of the problem is there are some vets that are moochers and they’re clogging up the system, and we do as taxpayers want to make sure the VA filters out these folks that are pretenders.”  -Warren Davidson

He continues to misjudge the character of our nation's veterans, of his fellow man, and underestimate how darn hard the bureaucracy already makes it to get benefits approved.  Assuming there's such an issue with people trying to scam and cheat; to the extent that it's "clogging up the system" - to the point of being a burden on our society - when in reality, there were only 4 cases of VA benefits fraud the year Davidson made that statement. According to the article, "only one of those four cases involved VA health care services, when a California man falsely claimed to be a decorated Marine Corps veteran to get health care benefits.".

Anything he would possibly do about this (nonexistent) "problem" would either reduce resources available for veterans' healthcare or would add more layers to the already-obtrusive VA bureaucracy! He would rather make it even harder than it already is for veterans to get the health services they deserve than dare possibly risk 1 or 2 "undeserving" human-beings from reaping health care they didn't "earn".

Having such an unfounded, baseless conviction that there are veterans who are "moochers" and "pretenders", always scamming the system - one can't help but wonder if this is a classic case of projection. There have been countless studies on this type of psychological projection.  It's a defense mechanism - where people attribute their own thoughts or behaviors on others when there's no supporting evidence.

Perhaps because he has never had to go without and doesn't know what it's like to be one of the folks who needs their disability check to get by, or who can't afford private insurance.  While many without that experience can have empathy and imagine what it's like, Mr. Davidson doesn't seem to be able to.  Maybe it's not the scamming and cheating he's projecting, perhaps he projects his privilege on the rest of us, assuming veterans in-need are just greedy and don't really need help.

Whatever the reason for his distorted view of veterans and VA benefits, a lawmaker who doesn't base their beliefs on truth and facts is just dangerous, especially when he has the lives and livelihoods of veterans in his hands. 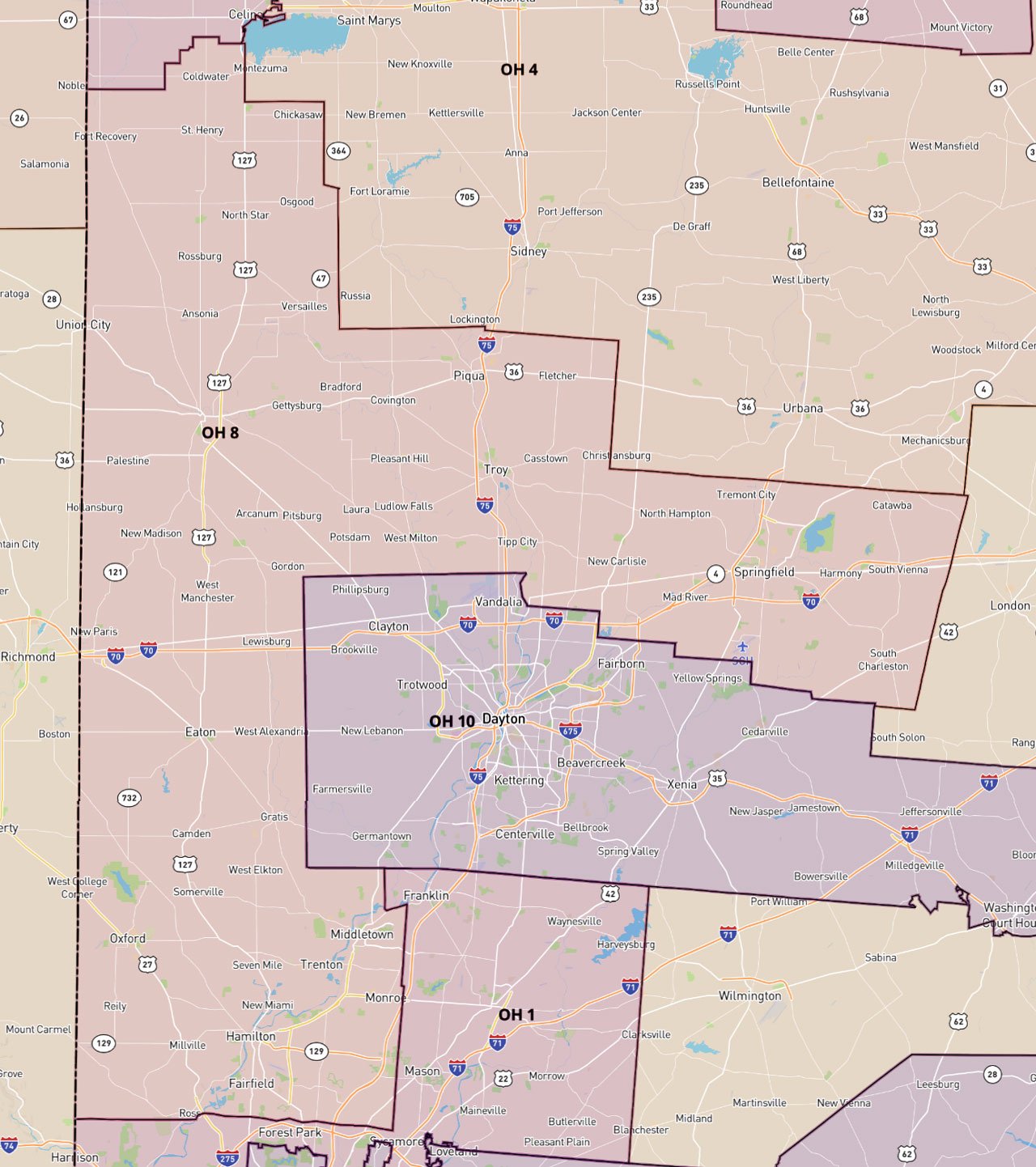