Enoch Advocates for Veterans in Need  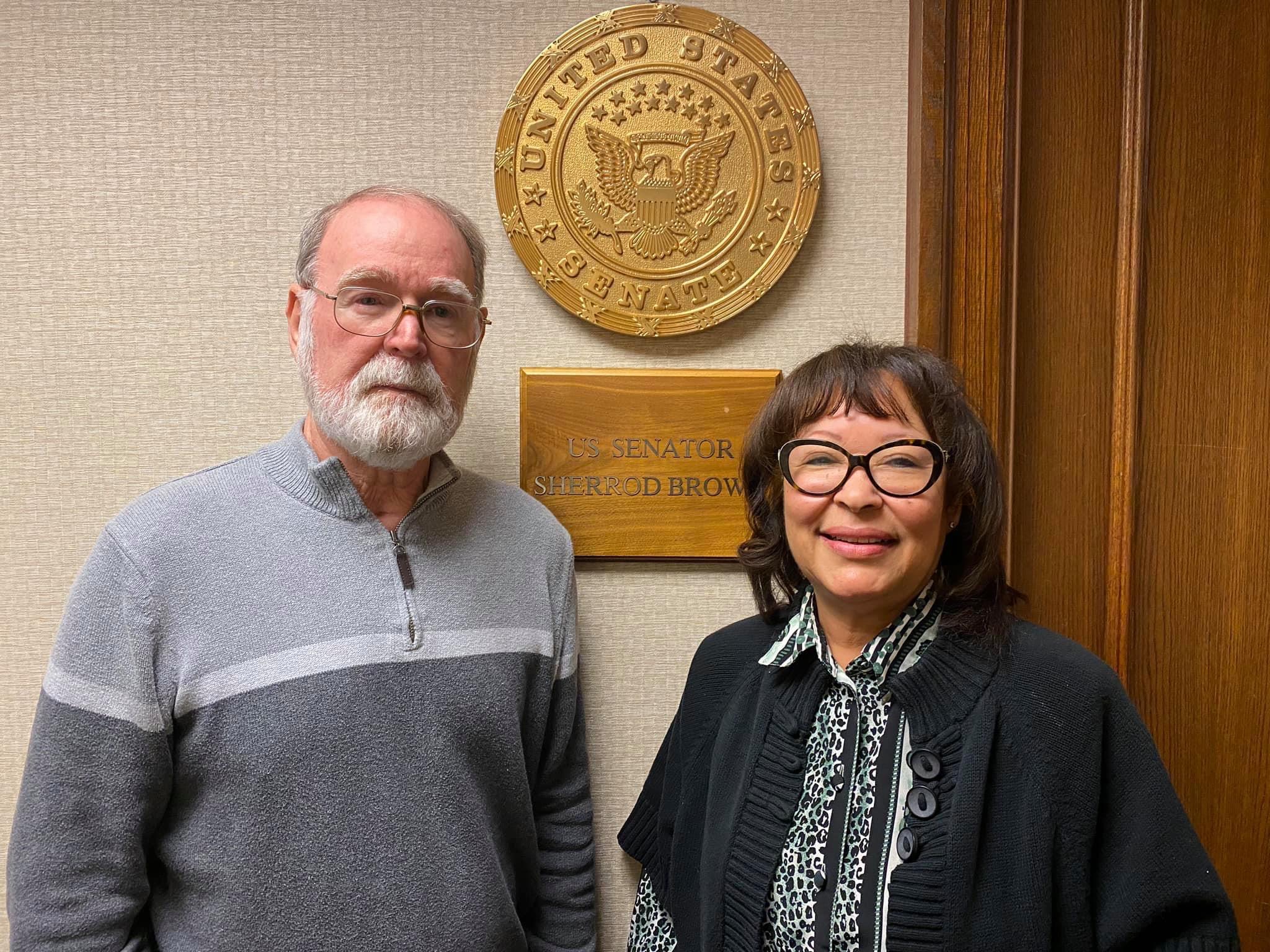 Enoch Advocates for Veterans in Need 

Dora Bronston was married to a hero.

Her husband, Lafayette Bronston — a decorated Vietnam veteran instrumental in getting Middletown declared a Purple Heart City —was suffering from liver cancer and dementia. She needed help from the Veterans Administration to pay for his care. Like many residents of Ohio’s District 8, she worried about losing her home if she had to pay privately for a nursing home for her loved one. The average cost in 2020 was $299 per day, or $109,135 a year. It was a lot to bear for someone who had been exposed to Agent Orange and other toxins while serving his country.

Bronston tried her U.S Congressman. But the person who actually advocated for her was Vanessa Enoch.

Enoch called the VA and went to Sen. Sherrod Brown’s office on her behalf, Bronston said. She helped provide the VA with the information they needed to increase Lafayette’s allowance from VA Aid and Attendance, a compensation program for disabled veterans, one month before he entered a nursing home. Lafayette died in November 2020.

Bronston said that Enoch’s willingness to take the time to get to know her and her situation made all the difference.

“She didn’t pass a letter back and forth,” she said. “She studied the information.”

Lack of support for disabled veterans is a major problem, especially for those suffering from “invisible” injuries such as traumatic brain injuries or post-traumatic stress disorder. Enoch is a strong advocate for veterans in need.

According to her campaign, she wants VA hospitals to be as well equipped as any in the United States. And health care for veterans should include better care for mental health, she said.

James Shepherd has struggled with the effects of a traumatic brain injury since his service in Vietnam. It’s not safe for him to live alone, but because he has no obvious injuries, it’s been hard for him to get the help he needs, he said.

He went in circles with the VA for years and got little help from U.S. Rep. Warren Davidson’s office, even though he and a group of other veterans endorsed him in his first campaign. Later, Davidson would go on to call veterans in need “moochers” and “pretenders” who were “clogging up the system,” according to the Journal-News.

“Enoch seems to be doing more hands-on than anybody I’ve ever met,” Shepherd said.

Enoch draws inspiration from her own grandfather, who served in the U.S. Army, sustained a brain injury, and developed dementia as he grew older. In later years, he no longer recognized Enoch’s mother — his daughter — at all. “He said, ‘To be honest with you, I don’t know who any of you are,’” Enoch recalled. “I remember my mom cried after that, and we felt really sad for her… So for him and other veterans who need care, and constant care on a daily basis, this issue of Aid and Attendance is extremely important.”

Bronston recalls her husband waking up with nightmares, his pillow soaked with sweat. As a Marine and later a Dayton firefighter, he saved many lives, but his work took its toll on his body and mind.

“The veterans out there do not get the care they need,” Bronston said. “It’s not just my husband. It’s like, ‘You’re a bother.’”

“Nobody ever spoke up for me,” she continued. “Nobody called the VA or gave me the rules and regulations. Nobody but Vanessa.”